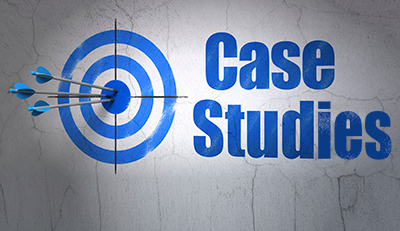 Our client believed that her husband was seeing a coworker while in town on business. Bobcat Investigation Services, LLC went out to the hotel and was able to confirm that the subject and the female coworker were checked into the same hotel. After setting up covert surveillance in the hotel lobby, the investigator was able to obtain video confirmation of the subject and the female entering the same hotel room on several occasions. RESULT: The client confronted her spouse with the video proof that he was entertaining his female coworker in his hotel room. The client filed for a divorce and the video was used in court.

Primary Custody Changed for the Welfare of the Children

Our client suspected the mother of his children was drinking while in possession of their children. Bobcat Investigation Services, LLC investigators conducted a week long surveillance of her residence. The investigator obtained video documentation of the subject drinking at a restaurant on multiple occasions, while in possession of their children. RESULT: The client was able to file for an emergency custody hearing and the subject was ordered to take regular alcohol/ drug screenings and attend AA meetings. The Mother lost primary custody.

Bobcat Investigation Services, LLC was retained to determine why our client’s live in girlfriend always had large amounts of cash and why the young child talked about “play time in a hotel room.” Our investigator initiated surveillance on the mother and was able to confirm that she was a working prostitute.. The investigator documented several men coming and going from a hotel room that the subject checked into. It was determined that the mother had the child with her on several occasions while she “worked”… RESULT: The client moved out and filed for FULL custody of his child. The video documentation and report was used to win his custody case.

Kidnapped Child Reunited with Her Mother

A young mother retained Bobcat investigation Services, LLC after her 2 year old child’s father took the child and left North Carolina. The child had been missing more than 2 years and during that time several investigators had been hired to locate them. Finally, Bobcat Investigation Services, LLC was hired and after two weeks of extensive investigations, Lead Investigator Lisa Edrich was able to locate the father and the child in a small town in Texas. RESULT: The Mother and child were reunited in Texas and returned to North Carolina. The father was arrested for parental kidnapping and other warrants in Texas.

A mother of two young children was suspected to be smoking pot and doing other drugs. Our investigators were retained to document and confirm this activity. After many days of surveillance, the subject was caught driving her vehicle while smoking pot, with the children in the backseat. The activity was documented on both the video and the detailed. RESULT: The father filed an emergency custody hearing. The investigator testified as to what she observed and the mother was sent for a drug screening and lost primary custody of her children.

Bobcat Investigation Services, LLC was retained to locate a felon and a stolen vehicle. The subject was wanted for fraud and theft of a vehicle among other charges. Our lead Investigator Lisa Edrich, through extensive investigation was successful in locating the subject and the vehicle in Las Vegas Nevada. RESULTS: The felon was arrested by Las Vegas PD and transferred to Louisiana were he had five warrants. The vehicle was returned to the owner.

Our law firm client needed the assistance of Bobcat Investigation Services, LLC to help locate a young teen that had gone missing from a rehab facility. The girl’s window had a faulty alarm detector and the faculty failed to lock the windows and gates. Our lead investigator organized a grid search of the entire area and conducted a thorough investigation of the subject’s friends, family members, social media and many data basses. The teen was found in the downtown area and had been assaulted and held against her will. RESULT: The teen was returned to her family where she will receive therapy and medical care. The family has filed suit against the facility for negligence and failing to call law enforcement until 6 hours after the girl went missing.